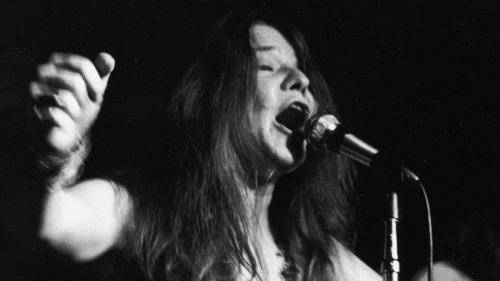 "The greatest white female rock singer of the 1960s, Janis Joplin was also a great blues singer, making her material her own with her wailing, raspy, supercharged emotional delivery. First rising to stardom as the frontwoman for San Francisco psychedelic band Big Brother & the Holding Company, she left the group in the late '60s for a brief and uneven (though commercially successful) career as a solo artist. Although she wasn't always supplied with the best material or most sympathetic musicians, her best recordings, with both Big Brother and on her own, are some of the most exciting performances of her era. She also did much to redefine the role of women in rock with her assertive, sexually forthright persona and raunchy, electrifying on-stage presence."   by Richie Unterberger, All Music Guide