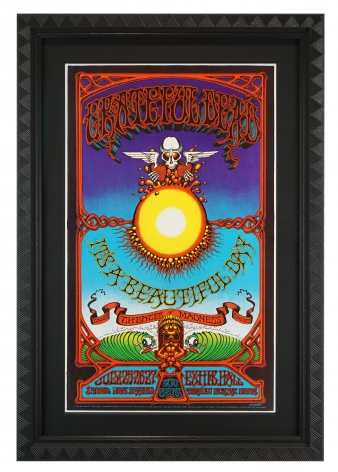 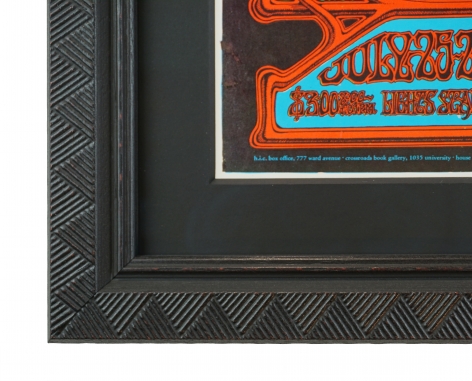 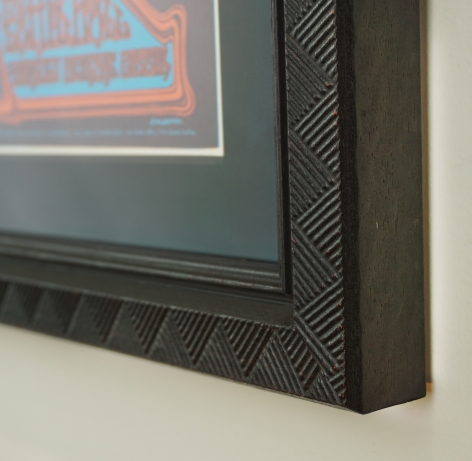 This poster was designed by Rick Griffin for a series of shows that were to be held July 25-27, 1969 at the Honolulu International Center’s Exhibit Hall. Unfortunately, the shows were cancelled, the promoter never paid the printer, and the printer threw most of the items in the trash because there wasn't a collector’s market for posters at the time. Legend has it that Rick Griffin captured a few before they were thrown and brought them back on the plane with him – there are believed to be about 15-20 original posters left in existence.

Due to the poster’s popularity, a second printing was authorized and printed in 1982 by Rick Griffin and Jose Kent. On the authorized second print, the top of the skull and the area in the center of the yellow sun are pure white. In addition, the left edge of the design is not straight in two areas. This piece, then, is a Second Printing.

Aoxomoxoa was the third studio album by the Grateful Dead. It was originally titled Earthquake Country. Many Deadheads consider this era of the Dead to be the experimental apex of the band's history. Griffin did the first version of the Aoxomoxoa art for a series of shows the Dead did in January of 1969 at the Avalon, and the Dead used that artwork for the cover. Griffin reworked the art from those shows into the Hawaiian Aoxomoxoa, adding appropriate tiki and surfing images.