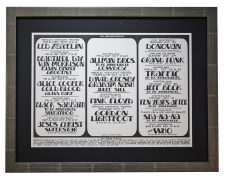 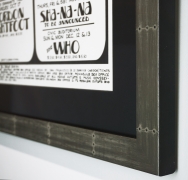 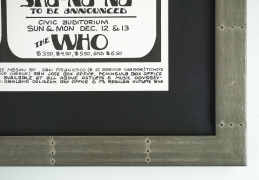 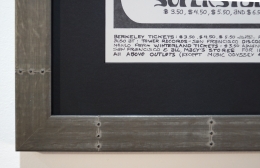 Are you Kidding Me?!  Featuring a full lineup of bands presented by Bill Graham, this poster represents a highwater mark in terms of quality, creative rock and roll – with many of these artists at the height of their powers. Bill Graham was nearing the height of his powers too, as this poster announces that – despite having recently shut down both the Fillmore East and Fillmore West -- that Graham was by no means retiring. Having seen the artists he felt he helped build abandon smaller venues like his Fillmores, Graham decided, “if ya can’t beat ‘em, join ‘em,” and began booking larger venues like the San Francisco Civic Center and Oakland Coliseum.

Randy Tuten is the only poster artist whose work spans five decades of design for The Fillmore. The 23 year-old San Francisco native was hired by Bill Graham in January, 1969, and their mutual taste for traditional, readable design style led to a long-lasting work relationship.  Tuten's style reflected his skill as a draftsman, and his designs evolved into an eclectic mix of graphic imagery, lettering and photographs.